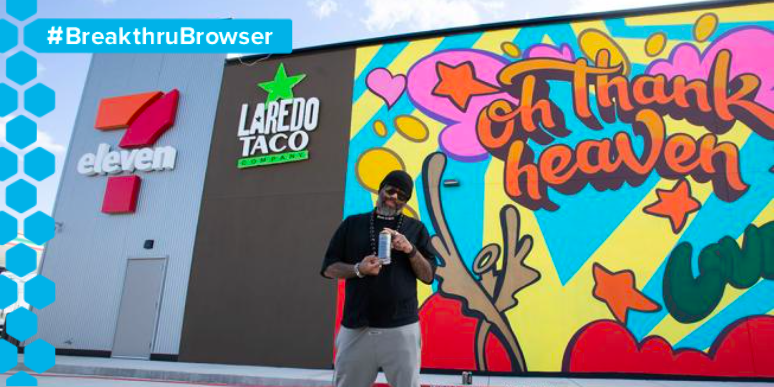 7-ELEVEN NOW HAS A DRIVE-THRU RESTAURANT

As part of its effort to bring new formats to market, 7-Eleven’s Evolution Store has paired with Laredo Taco Company to offer Slurpee beverages and tacos via drive-thru. This is 7-Eleven’s first time to operate “a corporate-owned drive-thru restaurant at one of its stores.” Part of the Evolution format is testing new services, concepts and products for each market and then updating the offerings based on how shoppers have received them. New Evolution Stores are planned for North Texas and Virginia, as well as other markets throughout the year.

As fiscal year 2020 ends, Dollar General has announced its plans for opening 1,050 more stores this year, with two new store formats launching as well: Dollar General Plus and Dollar General Traditional Plus. These are in addition to the retailer’s new $5-and-below store popshelf that launched last year. There are now over 17,000 Dollar General stores across 46 states, all “within five miles of about 75% of the U.S. population.” And the retailer is looking to double that store number long term.

As the demand for e-commerce and international grocers grows because of the pandemic, Weee! has raised funding to accelerate its expansion across North America. The e-grocer—with a current assortment of 3,500+ products across 14 markets—plans to expand to serve 30 markets by 2024. Weee! “brands itself as an ethnic e-grocer” and sells an assortment of Asian and Hispanic groceries, which are delivered directly to consumers from its own warehouses.