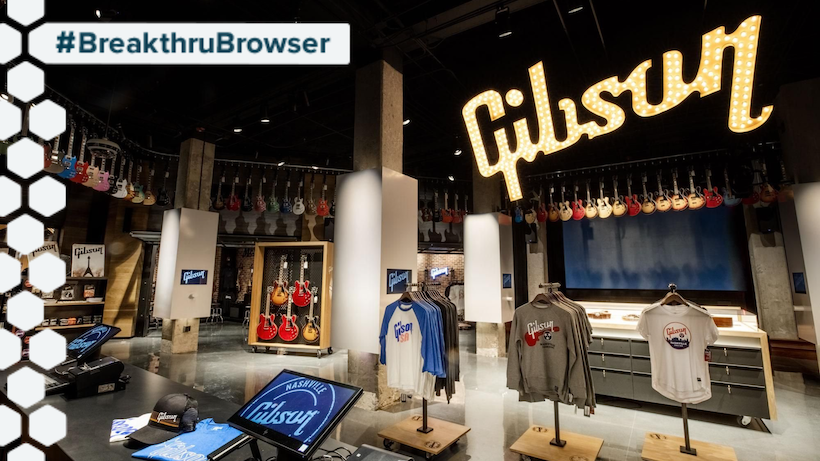 Gibson Garage, a mixed entertainment and retail concept, is set to open this weekend in Nashville. The space will include a stage for both live and livestreamed performances, a repair center, a shop for designing custom guitars, and a retail store—combined with historical memorabilia and interactive installations. Gibson hopes to create “the ultimate guitar experience” for artists and fans alike.

PEPSI AIMING TO PROVE BURGERS ARE BETTER WITH A PEPSI

In celebration of National Burger Day, Pepsi ran a social campaign pointing out “hidden” Pepsi logos on the packaging of burgers from McDonald’s, Burger King, and Wendy’s. Consumers even had a chance to win some Pepsi by posting a photo of themselves enjoying a Pepsi with a burger alongside #BetterWithPepsi.

Full article from The Drum

Doritos has brought back its Roulette chip bags exclusively to Walmart. The bags primarily contain the brand’s Nacho Cheese-flavored chips, but some of the chips included are a disguised “fiery hot” version. The brand is also promoting its “Doritos Duet Roulette Challenge” by releasing an eat-along song on TikTok and challenging consumers to try the chips on video. In the first month of the campaign, #DoritosDuetRoulette videos reached nearly 8 billion views on the social platform.