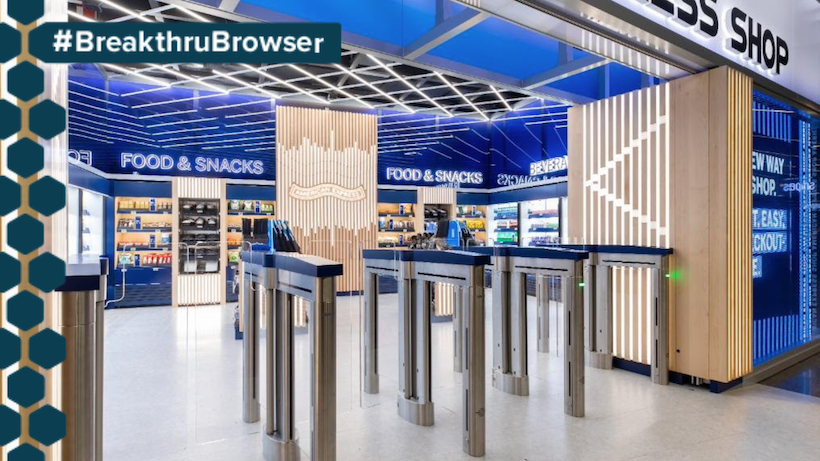 American Express has partnered with Barclays Center in Brooklyn to launch a checkout-free store inside the arena to sell both concessions and merchandise. Following the lead of Amazon Go’s contactless stores, the Amex store is exclusively available to American Express members and aims to reduce the long lines typical at arena concession stands and gift shops.

Full article from The Points Guy

In the run-up to the Summer Olympics, Procter & Gamble hair-care brand Pantene has partnered with six-time gold medalist Allyson Felix for the campaign “What’s Your Legacy,” which celebrates the Olympian’s life on and off the track. Two short films released in advance of the upcoming Tokyo Games will highlight Felix’s motherhood and the difficulties she faced during her pregnancy with daughter Camryn.

Apple kicked off its annual Worldwide Developers Conference (WWDC) this week with a focus on audio across its product line. Among the highlights: FaceTime is gaining spatial audio capabilities, which means each person’s audio on a group call will sound like “it’s coming from the place where that person appears on the screen.” Plus, a new AirPods feature called Conversation Boost can help amplify the audio of nearby speakers for the hearing-impaired—while at the same time filtering out ambient noises.