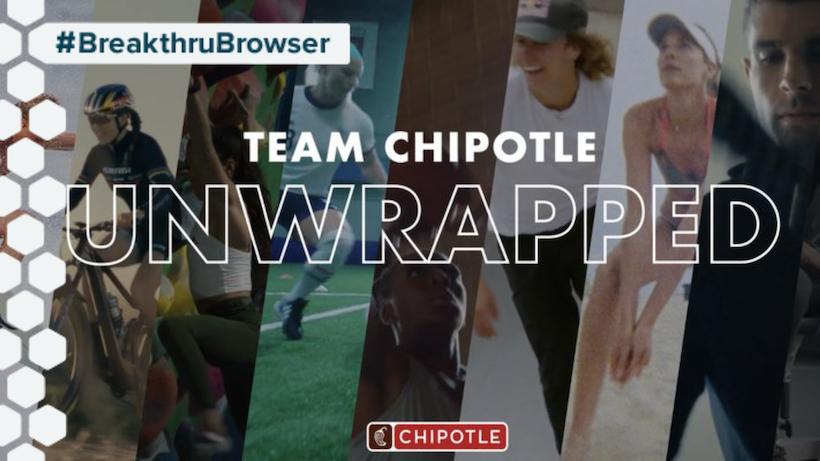 Chipotle is partnering with professional athletes in their “Unwrapped” video series to focus on training regimens and how meals from Chipotle are a part of their diets. In addition, customers will be able to order their favorite athletes’ personal meals through a special menu exclusively in the Chipotle app. Chipotle will also feature National Women’s Soccer League star Julie Ertz in a television commercial set to debut during the US Women’s National Team’s game against Mexico on July 5.

Lucky California, from parent company Save Mart, has launched its new flagship location in Pleasanton, California as a way to rethink the traditional grocery shopping experience. The new store is set up to include not just the traditional supermarket sections, but also sections built around lifestyle and dining experiences like their “Entertaining Island” for those looking to host guests. They also offer live demonstrations, an eatery, a drinkery, and more.

Netflix gets into eCommerce

Earlier this month, Netflix launched Netflix.shop, in partnership with Shopify. In light of subscription growth slowdown, the streamer sees an opportunity to merchandise some of its most popular properties online. Some of the initial offerings include streetwear, decorations, and collectibles based on hit French series “Lupin,” as well as anime series “Yasuke” and “Eden.” Many analysts see this step by Netflix as a new way to compete with Disney, whose rapidly growing streaming service is bolstered by online and brick-and-mortar stores.