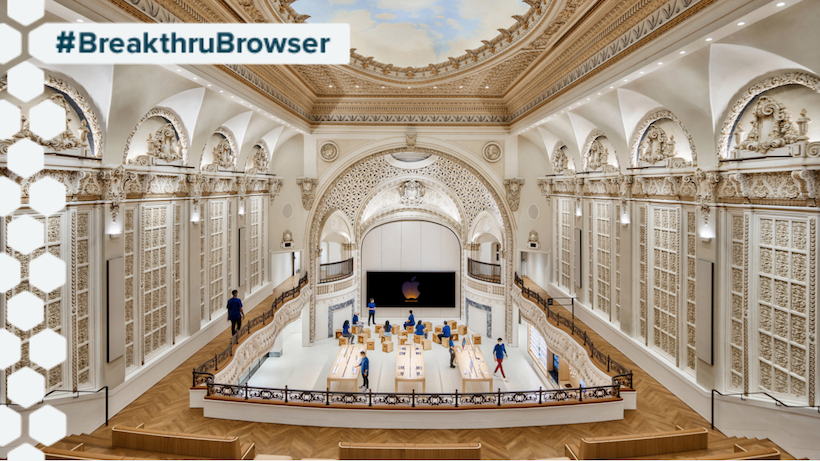 The DoorDash app now lets users shop for groceries, convenience items, prepared foods, and more from “nearly 2,000 Albertsons locations.” To promote the partnership, DoorDash has launched a limited-time video game: In The Bag. Players try to earn a high score by stacking groceries inside a bag in the Tetris-like game “for a chance to win $5,000 in DoorDash gift cards.” The promotion runs through June 27 and also includes a $40-off promo for all users.

Midwestern chain Meijer has partnered with Purina to deliver a unique experience to shoppers in the store’s pet aisle. Screens with lift-and-learn technology from retail marketing platform Perch are able to sense what a shopper touches then play videos and display details about the products touched. It’s launching with information about the Purina One 28-Day Challenge, a promotion created to show consumers how much their pets will benefit from Purina One in only 28 days.

Apple store goes to the theatre

Apple has opened its newest retail destination in Los Angeles’ historic Tower Theatre. Originally opened in 1927, it was the city’s first theater wired for talkies and also the first equipped with air conditioning. Apple worked with the city to restore and maintain many of the landmark’s iconic elements, while introducing several upgrades to make the building more earthquake-proof and suitable for a retail location. The store is among the first for Apple Creative Studios, an initiative through which consumers can hone their creativity with mentorship from artists and community partners.