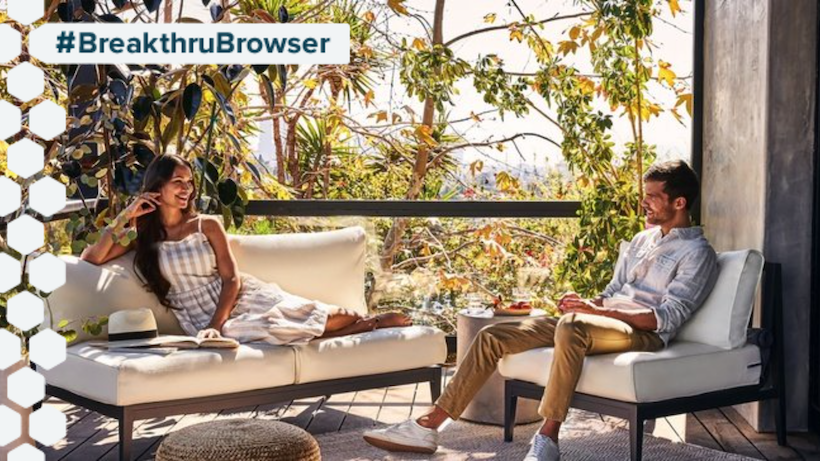 Detergent brand Tide has partnered with The Midnight Mission to open a permanent laundry room in downtown Los Angeles for those experiencing homelessness. It’s an expansion of the Tide Loads of Hope initiative, which launched in 2005 to provide cleaning services to those impacted by Hurricane Katrina. Additionally, the brand is the presenting sponsor of IMDb TV’s The Tent Mender, a three-part docuseries about the homeless population in the Skid Row area of Los Angeles.

This shirt sucks carbon dioxide out of the atmosphere

UK clothing label Vollebak is working with the US biomaterials company Living Ink to create a black t-shirt made with algae rather than traditional carbon black dye. The algae in the shirt reacts with carbon dioxide in the air to produce oxygen through photosynthesis. In contrast, most carbon black dye is produced “by incompletely burning heavy petroleum.” The brand hopes to set the standard for the fashion industry and lead in reducing the sector’s large carbon footprint.

How Outer grew its showroom model

Direct-to-consumer outdoor living brand Outer recently announced it has added its 1,000th Neighborhood Showroom. Rather than traditional in-store showrooms, Outer wants to show off its furniture where it will actually live—in backyards. Customers can submit an application to serve as “hosts” and allow shoppers into their yards to view the furniture, ask questions, and learn about products without being in a hard-selling environment. Hosts receive compensation as well as discounts on future purchases.