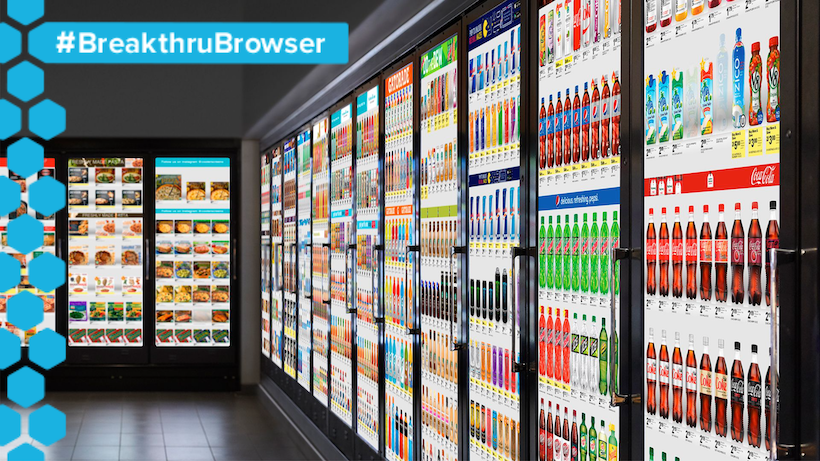 Companies like Cooler Screens are expanding their reach into the previously analog cooler aisle. Cooler Screens is partnering with programmatic technology company Place Exchange to display relevant branded content across retailers, with its 10,000 active screens reaching 95 million shoppers every month. The technology aims to give brands more control over their in-store presence and provide shoppers with more information in 700 retail locations, including CVS and Walgreens pharmacies, Giant Eagle, and Kroger.

Delivery aggregator Uber Eats is teaming up with Motional, a driverless technology company, to pilot autonomous delivery in Santa Monica, California. After running tests for several months around Los Angeles, Uber Eats’ first autonomous vehicle deliveries have now begun. Merchants get an alert upon the vehicle’s arrival; then they place the orders in a backseat compartment. When the vehicle arrives at its destination, the customer meets it outside and unlocks the vehicle with the Uber Eats app.

As part of an effort to make its alcohol aisles “less overwhelming to shoppers,” H-E-B has added video tablets at the beer and wine shelf in 120 of its locations. The interactive videos will educate shoppers about the available beer and wine brands, offer pairing suggestions, and cue tasting notes. The dynamic platform from Looma can even offer suggestions based on a shopper’s level of expertise or particular tastes. H-E-B hopes the technology will boost in-store shopping and make the alcohol section feel less daunting.